A Cab driver hurt after stone thrown in Edinburgh 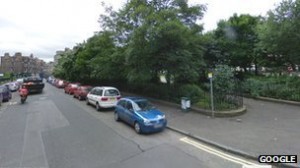 An Edinburgh taxi driver has been injured after a stone thrown at his black cab smashed one of the windows.

The incident happened at 21:00 on Thursday as the driver was travelling along Henderson Street.

It is thought the stone was thrown by a group of youngsters in the Henderson Street park area.

A police spokesman said: “This was an incredibly reckless act which resulted in a man being injured and his taxi being forced off the road.”

He added: “It is only luck that prevented this incident having even more serious consequences.

“We are keen to trace a group of young people, around the ages of 13-15, who were seen throwing stones at vehicles in the area.”

Previous: A Taxi driver dies in embankment crash in Walsall
Next: Taxi drivers in Jersey agree to fare rise of 1.6%