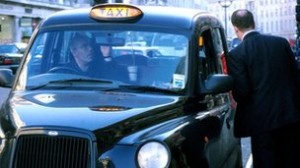 The Environment Minister Alex Attwood has delayed plans to introduce a single tier licensing system for at least a year.

The new system would have meant that the public would have been able to pick up any taxi in Belfast without having to pre book.

Earlier this month about 200 public hire taxi drivers protested against the move.

Mr Attwood said his changes would “help the industry”.

The minister launched a consultation on the reforms to the taxi industry in May and a number of concerns were raised during that process.

Alex Attwood said: “My strategy has been to work with all of the taxi industry to do the best for the taxi industry. This has meant, despite some political criticism, that I slowed down the roll out of taxi reform, to reduce cost and administrative burden.

“Very late on in this process, some in the industry have said that the big reform coming together in 2014, rather than rolled out over 2013 and 2014 is better. The arguments have come late but some of the arguments are good,” he said.

“Therefore, I have decided that rather than bringing in single tier licensing this year, it will be implemented in 2014 along with a suite of legislation to reform the Northern Ireland taxi industry.”

Some of those reforms include provisions for a regulated taxi fare and taxi meter system which will make it mandatory for all taxis to adhere to regulated fare and meter requirements.