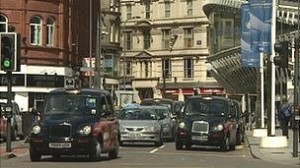 Taxi drivers have postponed strike action over a “lack of spaces” for them near Birmingham’s New Street station.

As part of the £600m station revamp, the taxi rank has been temporarily moved to Navigation Street, which drivers said had spaces for 11 cabs.

Some drivers went on strike for four hours on Monday, but have postponed further action after the council agreed to discuss the problem.

Taxi driver Arshad Mahmood said: “Around here we have around 300 drivers working in the daytime, with just 11 spaces, so where do the other 280 odd cabs go?

“We want the council to look at this because we are losing customers.”

Previous: Car driver dies after collision with stationary A90 lorry
Next: Three hurt in Port Talbot bus and taxi crash