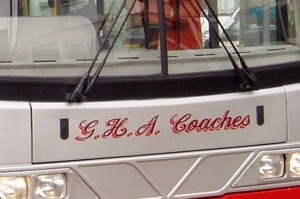 It is a cheaper option for the council, but travellers will have to book the day before

Taxis will be used to transport passengers after a rural bus service is scrapped.

Denbighshire Council has set aside cash to support the scheme, claiming it’s the “cheaper and more flexible” option.

From next week, the Denbigh service in Nantglyn, Prion and Saron will be axed and a taxi service will be laid on instead after the number of people using it plummeted.

But commuters will have to book the taxi the day before travel.

They will be charged the same price as a bus fare with the local authority subsidising the rest.

Scores of residents reacted to the news on Facebook last night.