Drivers forced to have speed limiters 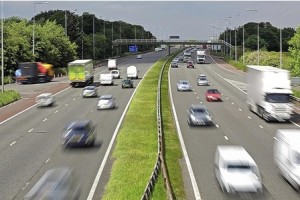 DRIVERS may be forced to have their cars fitted with technology which keeps them within the speed limit under new road safety rules being considered by the EU.

New cars would have to feature systems capable of detecting limits through cameras or satellites and automatically applying the brakes.

Existing cars could be forced back to the garage to be fitted with the devices, which would mean that no car in the UK could go over the 70mph speed limit for motorways.

But Transport Secretary Patrick McLoughlin has instructed officials to fight the move after he was asked for his views ahead of formal proposals by the European Commission (EC) this autumn.

A Government source said: “It is definitely something that he is keen to resist and he has told officials that it is something we don’t want to do. To be forced to have automatic controls in your car amounts to Big Brother nannying by EU bureaucrats.”

The EC’s Mobility and Transport Department wants to roll out the “Intelligent Speed Authority” (ISA) technology in an attempt to cut the death toll from road collisions by a third by 2020.

More than 30,000 people die on the road in EU countries every year and 1.5 million are injured, with 120,000 left permanently disabled.

But Mr McLoughlin has told officials that the UK has one of the best road safety records in Europe, with deaths down from 1,901 to 1,754 last year – the lowest figure since records began in 1926.

ISA technology can use satellites which beam limits automatically to cars from a database or cameras which are able to read road signs.

The AA said that while an audible speed alert would be a welcome new feature, limiting speed automatically could create dangers of its own.

A spokesman for the motoring association said: “It could take away people’s ability to get themselves out of trouble with a quick burst of speed, such as in overtaking situations where the capacity to accelerate can avoid a head-on collision.”

A spokesman for the EC said: “It is part of the Commission’s job – because it has been mandated to do so by member states, including the UK – to look at, promote research into and consult stakeholders about new road-safety technology which might ultimately save lives.

“There is a currently consultation focusing on speed-limiting technology already fitted to HGVs and buses. Taking account of the results, the Commission will publish in the autumn a document by its technical experts which will no doubt refer to ISA among many other things.”