Escalators at Embankment Station will be replaced in the New Year 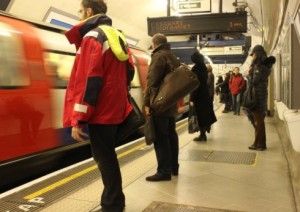 Northern and Bakerloo lines services will not stop at Embankment

Works to change four escalators at London Underground’s (LU’s) embankment station will start at the beginning of next year for about ten months. because of the nature of the works Bakerloo and Northern line services won’t be stopping at the station till works are complete.

The escalators were installed over eighty years ago and last refurbished during the 1970s; these are currently in need of replacing to make sure the safe operation of the station for several years to come back. However, because the escalators ar located in single shafts, and in several cases with no adjacent staircases, it’s unfeasible for Bakerloo and Northern line services to stop at the station whereas these works are carried out. Customers desirous to use either line are suggested to use Waterloo or Charing Cross stations that are a brief walk from embankment or plan their route to avoid Embankment.

The work, which will start on Wednesday 8 January, can involve replacing four escalators directly to enable this to be done considerably quicker. thus rather than taking a minimum of seventy five weeks if the work was phased, it’ll currently take around forty three weeks.

Previous: Motorists paying more than £1,000 each to the Treasury
Next: Heathrow Airport Taxis