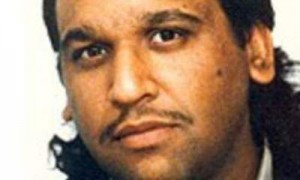 The family of a man shot dead as he sat in his taxi nearly 20 years ago have launched a Facebook page in a renewed bid to trace those responsible.

Ethsham Ul-Haq Ghafoor, known to his friends and family as Shami, was shot twice in his Ford Sierra while waiting in a car park in Gedling, Nottingham, at 4.30am on November 22, 1994.

Police branded the killing “cold-blooded, pre-meditated murder” but no-one has ever been charged over the 26-year-old’s death.

Now, Mr Ghafoor’s family have launched the Justice for Ethsham Shami Ghafoor page in the hope someone with key information will come forward.

In a statement on the website, Mr Ghafoor’s 76-year-old mother Walayat Begum said her only remaining wish was “to see those responsible for my son’s death brought to justice, in my lifetime”.

She added: “I am a mother who has suffered greatly for her loss for which you cannot begin to imagine.

“I need to know … why my son was so evilly ripped away from me.

“I plead to anyone with information to make my suffering lighter. My pain is never-ending. As long as we are here, we will demand justice.”

Detective Chief Inspector Tony Heydon, of Nottinghamshire Police, said there may be people who know who is responsible for Mr Ghafoor’s death but have never come forward.

He said: “Now is the time to put Shami’s family first and help them find closure. Their Facebook group shows just how desperate for justice they are, and if you know anything, you could help them.”

In 2005, officers and family members revisited the scene to launch a public appeal on what was the 11th anniversary of the killing.

The appeal page has had more than 350 likes since it was set up.