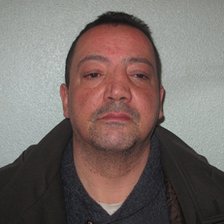 An unlicensed cab driver who raped a drunk female passenger after he took her home from a birthday party in central London has been given a seven year prison sentence.

Mohamed Hacene-Chaouch, 46, of Catford, south London, was found guilty of rape at the Old Bailey.

The court heard he picked up the woman, 24, after she got lost in Soho.

He then attacked her while he was parked outside her home as she drifted in and out of consciousness.

During the trial the jury was told the victim had been celebrating a friend’s birthday in January when she got lost.

She said the next thing she remembered was being in the back of a car and taken to a cash point before later waking to find she was being sexually assaulted.

Hacene-Chaouch claimed the woman approached him in the Tottenham Court Road area and said a black cab would not take her because she was too drunk.

During the case judge Wendy Joseph told the jury that Hacene-Chaouch had been accused of a similar offence in 2004 when it was said he attacked a drunk female passenger after picking her up in the Tottenham Court Road area. He was later acquitted.

Sentencing the father-of-five she said: “It must have been clear to you that she was helplessly and hopelessly drunk. She trusted you to take her safely home.

“I haven’t heard a single word of remorse in any way, shape or form.”

As part of his sentence, Hacene-Chaouch is prohibited from working or seeking work as a taxi driver for 10 years and must sign the sex offenders register for life.