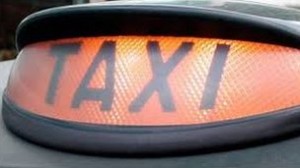 Concerns have been raised about rogue taxi drivers operating in Buckie.

The discovery was made after legitimate drivers in the area had complained, about unlicensed taxis stealing their trade.

Council officials have appealed for people to check the credentials of drivers and refuse to travel if they suspect they are not genuine.

In Moray, a licensed taxi can be identified by the taxi plate attached to the rear of the vehicle.

The plate bears the Moray Council logo as well as details of the licence number, car registration and the make and model.

Driving a taxi without a council issued licence is illegal and can carry a fine of up to £2,500.

The chairman of Moray Council’s licensing committee, Councillor Ron Shepherd, said the safety of the public was the number one priority.

He added: “Taxis are licensed by the council to ensure that the vehicles are safe for carrying members of the public and that the drivers are fit and proper and are unlikely to pose a danger to passengers or other road users.

“These unlicensed drivers are taking business away from people who have followed the rules and have got themselves and their vehicles licensed and are operating legitimately and providing a service to the public.”