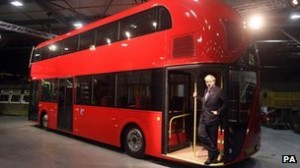 Wrightbus, the Ballymena-based bus builder, has reported a near trebling of pre-tax profits for 2012.

The directors said the performance was “satisfactory”, showing “reasonable growth in most business sectors”.

They added that 2013 had started well with many UK operators ordering buses ahead of new emissions regulations.

The shareholders, the Wright family, received a £2m dividend.

A note in the accounts states that a “substantial” amount of that dividend will be used to finance new manufacturing facilities in the UK and overseas.

Wrightbus has been contracted to build 608 double-deckers for London Transport.

The buses are intended as a greener more accessible successor to the famous London Routemaster.

This year, it won a £28m order for 179 buses from the biggest bus and rail operator in the UK.