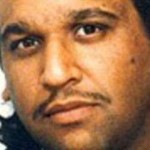 The family of a man shot dead as he sat in his taxi nearly 20 years ago have launched a Facebook page in a renewed bid to trace those responsible. Ethsham Ul-Haq Ghafoor, known to his friends and family as Shami, was shot twice in his Ford Sierra while waiting in a car park in Gedling, Nottingham, at 4.30am on November 22, ... END_OF_DOCUMENT_TOKEN_TO_BE_REPLACED