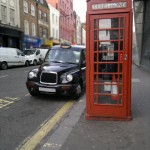 London Luton airport is situated in the English Borough of Luton which is a part of Bedfordshire County. The airport was formerly known as Luton International Airport however, its name changed to London Luton Airport later. The distance from this airport to Central London is approximately thirty five kilometers and is over a distance of just two miles from the ... END_OF_DOCUMENT_TOKEN_TO_BE_REPLACED