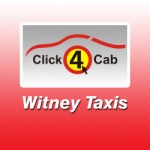 Serving Royal Ascot for the last 10 years. Ascot Taxis is a leading private hire taxi company. To get a quote or make a taxi booking use our fast and efficient online system powered by Click-4-Cab. They have a superior fleet of taxis which include Mercedes Benz, BMW, people carriers and minibuses.They provide a professional taxi service at a competitive ... END_OF_DOCUMENT_TOKEN_TO_BE_REPLACED