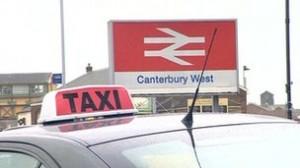 The authority said it was currently rewriting its taxi policy.

Head of neighbourhood services Larissa Read said the main change, if the policy was adopted, would be to bring in a comprehensive testing process.

“At the moment we are still working on the draft policy, so we cannot go into the detail of what it may contain,” she said.

“But the main change, if adopted, will involve a comprehensive testing process covering areas such as a working knowledge of English required to be a driver, reading, writing, numeracy and listening skills, routes throughout the district, the Highway Code, policy conditions, byelaws, vehicle maintenance and disability awareness.”

The council was consulting the Canterbury and District Taxi Association throughout the process, she added.

She said the current policy covered safety, competency and quality of service.

Taxi driver Roger Clark said some drivers did not know where they were going and would refuse fares if they did not know the destination, leaving other drivers to take over.

John Darby, another driver, said better qualifications would protect both drivers and customers.