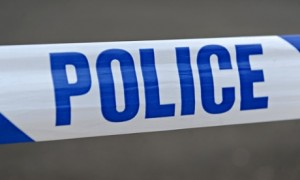 A murder inquiry has launched when the death of a 17-year-old boy following words at a stand.

A 42-year-old man had been in remission when Alex Peguero Sosa, from Kingsbridge in Devon, died on Sunday.

Devon & Cornwall police & car crews known as to patrician of Wales Road in Kingsbridge at 2.20 am following reports that the juvenile had injured.

They arrived to seek out the Kingsbridge junior college form student had sustained serious injuries.

Members of the general public had performed mouth-to-mouth resuscitation before paramedics arrived, however the juvenile was later pronounced dead at Derriford Hospital in Plymouth.

The suspect, who is additionally from the Kingsbridge space, was settled by police in Fore Street within the city at 9.40 am & in remission on suspicion of murder.

They were in custody at Torquay station.

Superintendent Chris Eastwood said: “This could be a terribly arduous time for all involved & our deepest sympathy goes resolute Alex’s relatives & friends. Police are operating closely in conjunction with his relatives to supply emotional support following this tragic incident.

“We are operating a partnership with the faculty to support students & workers & native officers are at the college within the next few days to supply support & help at this terribly mournful time.

“The community is clearly in shock & returning to terms with this incident that is extremely rare in Kingsbridge.”

“The city is in a very state of shock,” Grills same. “Waking up to the news on social media, it’s terribly uncommon. It has been decades since the last event of this type. It’s in depth knit community & this is often terribly uncommon.”

Police are appealing for witnesses to the incident to return forward & may contact on a 101.