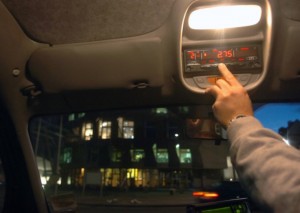 A Caring manager has been suspecting of charging a charity for private taxi journeys cost accounting thousands of pounds.

Rhona McNeill – who was operating for home care agency Carr-Gomm once she allegedly disbursed a string of frauds and tried to hide them up – is ready to travel before a misconduct hearing.

She might be smitten off the social services register once the Scottish Social Services Council (SSSC) meets in Dundee later this month to choose her fate.

Ms McNeill was according to the SSSC once colleagues uncovered proof and according her to the skilled watchdog.

She is suspect of taking ninety-four taxi journeys for her own use on the charity’s cab account during not her employer’s authorization between Apr 2012 and March last year. The bill amounted to a complete of £2871.40.

The service manager, of East Whitburn, West Lothian, is additionally suspect of authorizing the payment of eight-taxi invoices in more than £2500 in an “attempt to hide her personal taxi use,” in step with charges in SSSC documents.

The charges additionally say Ms McNeill submitted “incorrect” mileage expense forms between Apr 2012 and January twenty-one last year on a minimum of thirteen occasions. In most cases, she is suspect of claiming around double the mileage she was entitled to.

A mileage invoice from December seventeen, 2012, for instance, showed a claim of sixty-six miles between locations in East Lothian, capital and Midlothian once the approximate distance would are thirty-two miles. The fees claim Ms McNeill created sixty-three-mileage claims for distances but the standard 40-mile commute between her East Whitburn home and her work in Haddington between May 1, 2012 and February twenty-seven last year.

Carr Gomm may be a non-profit charity providing supported living to individuals with disabilities and mental state problems.

A spokesperson for Carr Gorm aforesaid the charity couldn’t disclose whether or not Ms McNeill remained a worker.

She said: “We cannot inquire into the case. It can be a personal matter.”

Ms McNeill is on the register for managers in housing support services and managers of care reception services.

An SSSC spokesperson said: “The conduct sub-committee hearing is regular to require place between July twenty-two and twenty-five in Dundee.

Previous: Travelling around in Blackwater, Hampshire
Next: Barclays Ping it Brings Mobile Payments to London’s Taxis