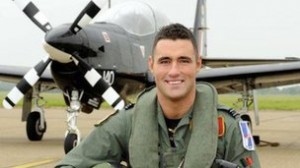 Police have sent a text to 5,000 Edinburgh taxi drivers in an attempt to trace one who may be able to help in a murder investigation.

Pilot Steven Barrett, 27, died at his home in Lochend Butterfly Way in Edinburgh on Saturday 6 April.

Darren McLauchlan, 23, has appeared in court accused of his murder.

Officers are keen to trace a taxi driver who picked up two men and a woman from George Street on 6 April, shortly after midnight.

The driver took the trio to a takeaway opposite the Playhouse Theatre, before dropping them off at Lochend Butterfly Way.

A Police Scotland spokesman said: “We are keen to trace this taxi driver, and we have sent a mass text to the 5,000 or so licensed taxi drivers in Edinburgh in the hope that someone will recall picking up the fare.

Mr Barrett was a Flybe first officer working out of Edinburgh Airport.

He was originally from Bridgend in Wales, and had recently left the RAF.

Mr Barrett’s body was flown from Edinburgh to Wales on Tuesday. At least 60 of his colleagues gathered to pay their respects as the plane left Edinburgh Airport.